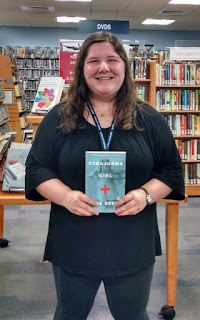 This fantasy story follows the main character, Vin, who is a young female thief trying to survive on the streets. When she gets saved by an ambitious leader of thieving crew, she gets swept away along with their plans to overthrow the unjust government and comes across something she never expected: people she can truly trust. The characters are realistic and the story shows how people can have hope even after experiencing horrible things. Quite simply, I loved this book.

This is a nonfiction account of an Air National Guard’s experiences in three tours of Afghanistan piloting medevac missions. Told in her point of view, this story shows her - at times strenuous - journey to rescue her allies in the middle of a firefight despite being injured. Her story
become a pilot, leading up to a intense mission where she still manages to she kept fighting for women’s rights back home. At times both funny and moving, portrays the struggles many female soldiers face in the military, and shows how this is a story worth reading.

Jane Stern was a middle aged woman when she decided to become an EMT. She was plagued by depression and anxiety. Overweight and terrified by illness and injury she knew she had to do something for herself to overcome her fears and take charge of her life again/ This is the true story of how she pushed passed all of her fears and insecurities to help people, and in doing so, help herself. The book describes the different patients she helped and those she state. It’s a quick read, and it gives the reader a deep respect for EMTs and lost, and gives insight on how the EMT calls affected her marriage and mental health and all those who have the courage to overcome their fears. 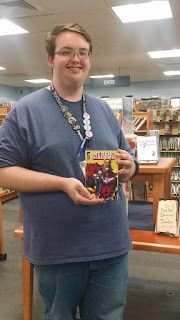 A great fantasy book for all ages. The story is written well and shares the life of a young farm boy who is cast into a world of magic and dragons without much say in it. Losing his family and loved ones while fighting off evil forces with his blade. The choices the main character has to make also makes the reader question what would be the best option, and how it’ll affect the story.

My Hero Academia by Kohei Horikoshi

A heart warming yet intense story of superheros and a sense of rags to riches is within this Japanese comic. The story of a young boy born without powers in a world where everyone is super, makes him lesser for being different. The story  is based off of him wishing to be a great hero. Eventually gaining the abilities to achieve his dream he embarks on a journey of entering a super school to learn how to become the best hero he can be.

Simon vs. The Homo Sapiens Agenda by Becky Albertalli

The story is about a young man dealing with his sexuality and the issues of hiding it from the world. A good story for those of the LGBT community, that faces real life struggles people go through. there are breaks in between the story  where it involves the main character and his email exchange with his penpal discussing topics and romance. It’s an interesting format of writing and engaging the reader throughout the story.