Sing you home by Jodi Picoult 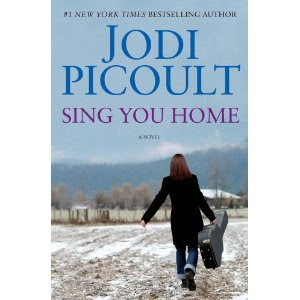 I can say one thing about Jodi Picoult - she's definitely not afraid to broach the "hot" topics of our time. This time around, Picoult covers gay marriage, embryo rights, alcoholism as well as infertility. Zoe and Max were married for several years, trying valiantly to conceive, spending thousands of dollars on IVF treatments. When they divorce, neither of them gives any thought to the 3 fertilized embryos that are frozen in storage. However, Zoe (a music therapist) eventually falls in love with Vanessa, a school guidance counselor and the two desparately want to start a family with those frozen embryos. The only problem is that also during this time, Max has become deeply religious and refuses to give away the embryos to a homosexual couple, preferring instead to give them to his older brother and sister-in-law. What follows is par-for-the-course Picoult (tense courtroom scenes and back and forth perspectives). All in all, a good read. The most interesting aspect of Sing you Home is that it comes with a music CD of songs that parallel the themes in the book. The lyrics are written by Picoult and sung by Ellen Wilber.
Posted by Allison at 10:10 AM 1 comment:
Labels: fiction, infertility, jodi picoult, lesbians, relationships
Newer Posts Older Posts Home
Subscribe to: Posts (Atom)