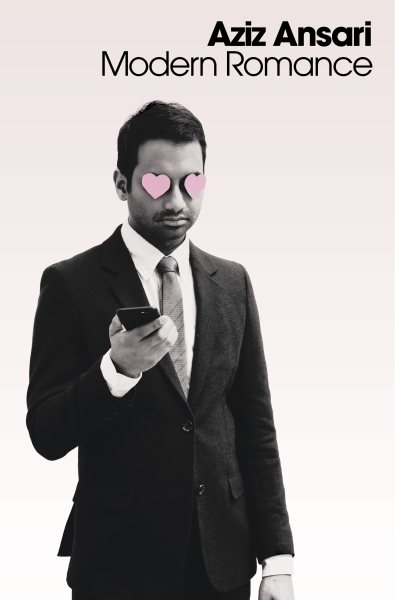 Modern Romance by Aziz Ansari is a hilarious and thought provoking book about dating in today's tech savvy society. Aziz Ansari is a comedian and actor most know for his role in Parks and Recreation  up with the idea with his own downfall in his dating life. The anxiety of not receiving a text back from a woman he had an interest in caused a whirlwind of thoughts but it soon became an ah-ha moment for Anarsi. He knew that other people must be facing the same thing as him. So he decided to take what just happened and put it out on stage. Soon it became the outline for a book. Travel with him through as he venture out to experience various dating cultures, mishaps, and success.
The book was hilarious and the audio book was just as great. I enjoyed it and found it hard to put the book down once I started it. Treat yourself with this book.
If you want to read Modern Romance by Aziz Ansari it is available at The Ocean City Free Public Library.
Posted by Ocean City Free Public Library at 9:46 AM No comments:
Labels: Aziz Ansari, dating, humor, Modern Romance, non fiction, romance
Newer Posts Older Posts Home
Subscribe to: Posts (Atom)