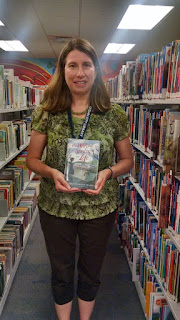 The War That Saved My Life by Kimberly Brubaker Bradley

This Newbery Honor recipient takes place in England during World War II. I enjoyed getting to know Ada, a 10 yr. old Londoner who is born with a club foot, and celebrated with her as she overcame many obstacles throughout this novel. Although technically it is a children's book, I would recommend this book to anyone who enjoys historical fiction or titles that captures the strength of the human spirit. I'm looking forward to reading the sequel, "The War I Finally Won" which will be released this fall.

This well-researched narrative describes not only the life of Dietrich Bonhoeffer, but also the German Resistance. McCormick also highlights important historical events occurring in Germany during this time period. I learned much about the German opposition to Hitler during this suspenseful read which tells the true story of a courageous hero who is forced to make difficult moral choices. Written for young readers, this book is a great choice for those interested in Germany during World War II or for anyone as an introduction to Dietrich Bonhoeffer.

Serafina and the Black Coat by Robert Beatty

Incredibly suspenseful, this mystery thriller takes place in Asheville, NC at the Biltmore Estate. This book is engaging from beginning to end , and I found it very difficult to put it down. Because this novel intertwines elements of fantasy, adventure, history, horror, and mystery this book has a little bit of everything, and I would recommend it for children and adults alike, though not for the faint of heart. I also enjoyed the sequel, "Serafina and the Twisted Staff," and am excited about the third installation to the series which is released this week, "Serfina and the Splintered Heart."